Whose Body? by Dorothy L. Sayers (Length: 208 pages).  This novel is the first in the Lord Peter Wimsey Mystery series.  To be honest, I only made it 25% of the way in and I gave up.  The prose is VERY British, which I normally adore, but I think there is just too much slang which slows me down too much.  I also found the book to be way too long-winded, especially in terms of the dialogue.  Apparently this series gets much better a few books in (like Louise Penny and her Three Pines series–my all-time favorite mystery series), but with so many books waiting for me and so little time, I can’t waste reading time on books I’m not really getting into.  Have you enjoyed this book or this series?  Let me know and maybe I’ll give it another shot.

The first novel by one of the greatest mystery writers of the twentieth century, in which she introduced her popular amateur detective, Lord Peter Wimsey.

A famous London financier vanishes from his bedroom, leaving no trace. Across town, a corpse is found in an architect’s bathtub, wearing nothing but a pair of pince-nez. The body is not that of the missing financier, so–whose body is it? When Lord Peter Wimsey is asked by his mother, the Dowager Duchess of Denver, to help clear her architect of suspicion, he eagerly obliges. With the assistance of his valet, Bunter, a skilled amateur photographer, he quickly becomes convinced that the two cases are linked, despite the skepticism of the police. But what begins as an amusing puzzle takes on darker overtones, as Lord Peter wrestles with intrusive memories of his traumatic service in the trenches of World War I–and as his own life is endangered by the murderer he is about to unmask.

The Mysterious Affair at Styles by Agatha Christie (Length: 208 pages).   After not enjoying Whose Body, I was still in the mood for a British mystery so I turned to the Queen of Mysteries.  I’ve never read a Hercules Poirot so I started at the beginning with the first in the series, and I really enjoyed it.  I adore Christie’s writing style and I do like Poirot as a central character.  I enjoyed how unfailingly polite he is (even to the doltish narrator, Mr. Hastings).  Poirot is always sharp and thinking 10 steps ahead, which appeals to the lawyer in me.  This particular novel is a quick read, with a solid mystery at its center, and as a reader you get to know all of the potential suspects sufficiently, yet all of the clues are laid out very efficiently and not laboriously.  Christie gets to the point!

Hercule Poirot solves his first case in the Agatha Christie novel that started it all.

Who poisoned the wealthy Emily Inglethorp and how did the murderer penetrate and escape from her locked bedroom? Suspects abound in the quaint village of Styles St. Mary—from the heiress’s fawning new husband to her two stepsons, her volatile housekeeper, and a pretty nurse who works in a hospital dispensary.

With impeccable timing, and making his unforgettable debut, the brilliant Belgian detective Hercule Poirot is on the case. 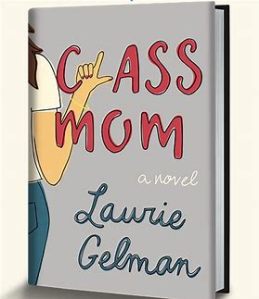 Class Mom by Laurie Gelman (Length: 302 pages).  This is a FUN, light-hearted book.  It’s a quintessential “beach read” written by a Hollywood insider mom (the wife of TV producer Michael Gelman).  It’s definitely not an academically classical novel by any stretch of the imagination, but I think it’s well-written and worth your time.  The emails written by the narrator as the class mom of her kindergarten son cracked this recovering class mom up.  (My tone as class mom was definitely similar but I never had the nerve to go as far as the narrator does in this novel.)  I agree with other reviewers that the plot line, such as it is, is think and a bit cheesy, but the novel is redeemed, in my opinion, by the strength of the writing.  The narrator is 46 with two college-aged daughters and a son (from her second marriage) just starting kindergarten, so she has an interesting perspective as an older and “second-time around” mom, which I found refreshing.  She’s not annoying or whiney, but is snarky with a good and empathetic heart.  Worth a read!  (I’ve already reserved the sequel to this one!)

Laurie Gelman’s clever debut novel about a year in the life of a kindergarten class mom—a brilliant send-up of the petty and surprisingly cutthroat terrain of parent politics.

Jen Dixon is not your typical Kansas City kindergarten class mom—or mom in general. Jen already has two college-age daughters by two different (probably) musicians, and it’s her second time around the class mom block with five-year-old Max—this time with a husband and father by her side. Though her best friend and PTA President sees her as the “wisest” candidate for the job (or oldest), not all of the other parents agree.

From recording parents’ response times to her emails about helping in the classroom, to requesting contributions of “special” brownies for curriculum night, not all of Jen’s methods win approval from the other moms. Throw in an old flame from Jen’s past, a hyper-sensitive “allergy mom,” a surprisingly sexy kindergarten teacher, and an impossible-to-please Real Housewife-wannabe, causing problems at every turn, and the job really becomes much more than she signed up for.

Relatable, irreverent, and hilarious in the spirit of Maria Semple, Class Mom is a fresh, welcome voice in fiction—the kind of novel that real moms clamor for, and a vicarious thrill-read for all mothers, who will be laughing as they are liberated by Gelman’s acerbic truths.

The Complete Guide to Fasting by Dr. Jason Fung (Length: 304 pages).  Snuck in this book to read up about the science of fasting (to rebut the skeptical comments of a few family members).  I’ve had some incredible luck with intermittent fasting–it’s a Godsend to regulate blood sugar levels in people who get “hangry”.  This book was recommended to me as an excellent resource and read, and I’d agree that this is worth a read.  There are relevant anecdotes, summaries of the solid, legitimate science behind all of the types of fasting.  (With 2/3 of Americans being classified as obese, all fad diets, surgeries and pills would be redeemed irrelevant if people just stopped eating around the clock, causing their insulin levels to remain elevated and stockpiling fat storages.)  The last 1/3 of this book covers how to try fasting safely and effectively, which is a nice bonus.

Fasting is not about starving oneself. When done right, it’s an incredibly effective therapeutic approach that produces amazing results regardless of diet plan. In fact, Toronto-based nephrologist Dr. Jason Fung has used a variety of fasting protocols with more than 1,000 patients, with fantastic success. In The Complete Guide to Fasting he has teamed up with international bestselling author and veteran health podcaster Jimmy Moore to explain what fasting is really about, why it’s so important, and how to fast in a way that improves health. Together, they make fasting as a therapeutic approach both practical and easy to understand.

The Complete Guide to Fasting explains:

The book also provides tools to help readers get started and get through their fasts, including a 7-Day Kick-Start Fasting Plan and healing liquid recipes.

Ladies Who Punch: The Explosive Inside Story of the View by Ramin Setoodeh (Length: 316 pages).   Even as a non-viewer of “The View” TV talk show (I’ve only watched a handful of episodes ever), this is such a fascinating, well-written and well-researched book about this seminal talk show that is a cultural touchstone of our political and social lives.  I’ve been a fan of Barbara Walters since my college days when I was a journalism major (for one short semester) and the behind-the-scenes gossip about her and her cohosts over the years is so well done in this book.  Never trashy, and very comprehensive and well-written, this book is an excellent read!

Like Fire & Fury, the gossipy real-life soap opera behind a serious show.

When Barbara Walters launched The View, network executives told her that hosting it would tarnish her reputation. Instead, within ten years, she’d revolutionized morning TV and made household names of her co-hosts: Joy Behar, Star Jones, Meredith Vieira and Elisabeth Hasselbeck. But the daily chatfest didn’t just comment on the news. It became the news. And the headlines barely scratched the surface.

Based on unprecedented access, including stunning interviews with nearly every host, award-winning journalist Ramin Setoodeh takes you backstage where the stars really spoke their minds. Here’s the full story of how Star, then Rosie, then Whoopi tried to take over the show, while Barbara struggled to maintain control of it all, a modern-day Lear with her media-savvy daughters. You’ll read about how so many co-hosts had a tough time fitting in, suffered humiliations at the table, then pushed themselves away, feeling betrayed—one nearly quitting during a commercial. Meanwhile, the director was being driven insane, especially by Rosie.

Ladies Who Punch shows why The View can be mimicked and mocked, but it can never be matched.

Notify me of new comments via email.

Notify me of new posts via email.