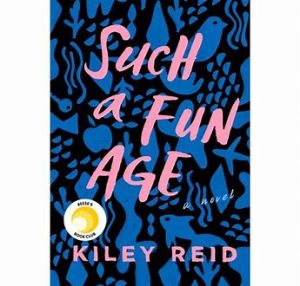 Such a Fun Age by Kiley Reid (Length: 320 pages).   This was my book club’s choice this month.  I’d call it chick lit with a meaningful edge.  This was written by a very young, up and coming author, and I’m excited to see what she writes next.   In this debut novel she deals with race, female relationships and the relationship between nanny/caretaker and employer with a very realistic viewpoint.  I enjoyed the snappy dialogue, especially between the nanny and her girlfriends.  And I ADORED the 2-3 year old Briar, such an interesting toddler.  I didn’t like the nanny’s employer Alex/Alix AT ALL, but I don’t think I was supposed to.  This was an excellent book club pick because this book jump started a lot of discussions about important timely topics such as race and police brutality.

A striking and surprising debut novel from an exhilarating new voice, Such a Fun Age is a page-turning and big-hearted story about race and privilege, set around a young black babysitter, her well-intentioned employer, and a surprising connection that threatens to undo them both.

Alix Chamberlain is a woman who gets what she wants and has made a living, with her confidence-driven brand, showing other women how to do the same. So she is shocked when her babysitter, Emira Tucker, is confronted while watching the Chamberlains’ toddler one night, walking the aisles of their local high-end supermarket. The store’s security guard, seeing a young black woman out late with a white child, accuses Emira of kidnapping two-year-old Briar. A small crowd gathers, a bystander films everything, and Emira is furious and humiliated. Alix resolves to make things right.

But Emira herself is aimless, broke, and wary of Alix’s desire to help. At twenty-five, she is about to lose her health insurance and has no idea what to do with her life. When the video of Emira unearths someone from Alix’s past, both women find themselves on a crash course that will upend everything they think they know about themselves, and each other.

With empathy and piercing social commentary, Such a Fun Age explores the stickiness of transactional relationships, what it means to make someone “family,” and the complicated reality of being a grown up. It is a searing debut for our times.

The Heart’s Invisible Furies by John Boyne (Length: 567 pages).  Wow!!  This is SO good!  I will say that it’s very LONG, and I almost gave up about 25% of the way through because it’s slow to start, but I’m so glad I didn’t.  This is a family saga set in Ireland from 1945 to present day.  The author is a masterful storyteller, the dialogue is snappy and there are lines that are just laugh-out-loud funny.  There is a lot of focus on bigotry, homosexuality and later, the AIDS crisis, all topics which I think need to be discussed a lot more, so I appreciated the author’s inclusion of them in this novel. This is an award-winning novel that I think has earned its honors, and it’s a must-read!

From the beloved New York Times bestselling author of The Boy In the Striped Pajamas, a sweeping, heartfelt saga about the course of one man’s life, beginning and ending in post-war Ireland

Cyril Avery is not a real Avery — or at least, that’s what his adoptive parents tell him. And he never will be. But if he isn’t a real Avery, then who is he?

Born out of wedlock to a teenage girl cast out from her rural Irish community and adopted by a well-to-do if eccentric Dublin couple via the intervention of a hunchbacked Redemptorist nun, Cyril is adrift in the world, anchored only tenuously by his heartfelt friendship with the infinitely more glamourous and dangerous Julian Woodbead. At the mercy of fortune and coincidence, he will spend a lifetime coming to know himself and where he came from – and over his many years, will struggle to discover an identity, a home, a country, and much more.

In this, Boyne’s most transcendent work to date, we are shown the story of Ireland from the 1940s to today through the eyes of one ordinary man. The Heart’s Invisible Furies is a novel to make you laugh and cry while reminding us all of the redemptive power of the human spirit. 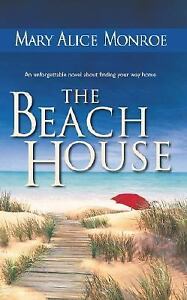 The Beach House by Mary Alice Monroe (Length: 477 pages).  I have had this novel on my Kindle for years, and needed to read something a bit more light-hearted, so I took a chance on this romance.  Set on a barrier island in South Carolina, this light novel has a delightful focus on the rescue and assistance of loggerhead turtles and their nests, and this recurring theme affects all of the major characters, which is so fun.  This novel is well-written, the characters have sufficient depth to make you care about what happens to them.  I found the setting to be so interesting (reminiscent of Where the Crawdads Sing), and the romance aspect is very tame.  I found myself invested enough in the characters to want to read the sequel (apparently there are 6 books in this series).   I will say the ending is not surprising at all (maybe I’ve been reading way too many psychological thrillers) but the resolution of the major plot points is very believable here. This is, obviously, an excellent vacation read!

Known for her moving characters and emotional honesty, Mary Alice Monroe brings readers a beautifully rendered story that explores the fragile yet enduring bond between mothers and daughters

Caretta Rutledge thought she’d left her Southern roots and troubled family far behind. But an unusual request from her mother—coming just as her own life is spinning out of control—has Cara heading back to the scenic Lowcountry of her childhood summers. Before long, the rhythms of the island open her heart in wonderful ways as she repairs the family beach house, becomes a bona fide “turtle lady” and renews old acquaintances long thought lost. But it is in reconnecting with her mother that she will learn life’s most precious lessons—true love involves sacrifice, family is forever and the mistakes of the past can be forgiven. 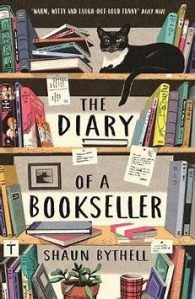 The Diary of a Bookseller by Shaun Bythell (Length: 312 pages).  I learned about this book from Anne Bogel’s wonderful podcast, and I really enjoyed it.  The author owns a used bookstore in Wigtown, a charming town in Scotland, and this is essentially his shop diary over the course of a year.  This is a fascinating account of what it’s really like to own and operate a used bookstore, especially in the age of Amazon and other global online giants.  I adored the author’s witty comments and anecdotes, mostly because he’s a self-described curmudgeon and grouch.  One funny moment occurs when in a moment of extreme frustration with a bookstore customer, he heads to his parents’ nearby farm and blasts apart a used Kindle with a shotgun, and then we later learn he mounts it in his shop, for all customers to see.   This isn’t a novel with a gripping plot, but it’s excellent for what it is . . . an insider’s account of what a bookstore owner’s life is, good and bad.

The Diary of a Bookseller is Shaun Bythell’s funny and fascinating memoir of a year in the life at the helm of The Bookshop, in the small village of Wigtown, Scotland—and of the delightfully odd locals, unusual staff, eccentric customers, and surreal buying trips that make up his life there as he struggles to build his business . . . and be polite . . .

When Bythell first thought of taking over the store, it seemed like a great idea: The Bookshop is Scotland’s largest second-hand store, with over one hundred thousand books in a glorious old house with twisting corridors and roaring fireplaces, set in a tiny, beautiful town by the sea. It seemed like a book-lover’s paradise . . .

Until Bythell did indeed buy the store.

In this wry and hilarious diary, he tells us what happened next—the trials and tribulations of being a small businessman; of learning that customers can be, um, eccentric; and of wrangling with his own staff of oddballs (such as ski-suit-wearing, dumpster-diving Nicky). And perhaps none are quirkier than the charmingly cantankerous bookseller Bythell himself turns out to be.

But then too there are the buying trips to old estates and auctions, with the thrill of discovery, as well as the satisfaction of pressing upon people the books that you love . . .

Slowly, with a mordant wit and keen eye, Bythell is seduced by the growing charm of small-town life, despite —or maybe because of—all the peculiar characters there. 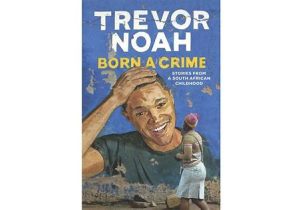 Born a Crime by Trevor Noah (Length: 264 pages).  I’m late to the party with this one, but I’m a huge fan of The Daily Show, and when this memoir was mentioned as a good way to learn about systemic racism, I grabbed it.  This is EXCELLENT!   Noah’s memoir is so well-written, he’s obviously very witty and insightful, and his empathy for others shines through each page.  Because he’s an outsider (in so many respects), his take on racism and politics in this country is so much easier to hear.  I learn something new from him every time I hear or read his words.  Even already knowing many of his anecdotes from his comedy specials, this book was hard to put down.  The way he describes his mother and how she raised him brought tears to my eyes; it’s truly a love letter to his mother.  This is a must-read!

Trevor Noah’s unlikely path from apartheid South Africa to the desk of The Daily Show began with a criminal act: his birth. Trevor was born to a white Swiss father and a black Xhosa mother at a time when such a union was punishable by five years in prison. Living proof of his parents’ indiscretion, Trevor was kept mostly indoors for the earliest years of his life, bound by the extreme and often absurd measures his mother took to hide him from a government that could, at any moment, steal him away. Finally liberated by the end of South Africa’s tyrannical white rule, Trevor and his mother set forth on a grand adventure, living openly and freely and embracing the opportunities won by a centuries-long struggle.

Born a Crime is the story of a mischievous young boy who grows into a restless young man as he struggles to find himself in a world where he was never supposed to exist. It is also the story of that young man’s relationship with his fearless, rebellious, and fervently religious mother—his teammate, a woman determined to save her son from the cycle of poverty, violence, and abuse that would ultimately threaten her own life.

The stories collected here are by turns hilarious, dramatic, and deeply affecting. Whether subsisting on caterpillars for dinner during hard times, being thrown from a moving car during an attempted kidnapping, or just trying to survive the life-and-death pitfalls of dating in high school, Trevor illuminates his curious world with an incisive wit and unflinching honesty. His stories weave together to form a moving and searingly funny portrait of a boy making his way through a damaged world in a dangerous time, armed only with a keen sense of humor and a mother’s unconventional, unconditional love.